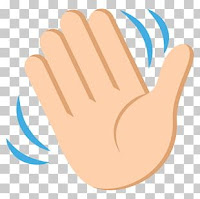 Hi there! It’s been a while, but that’s how life’s been. One thing that’s come back to my mind lately is love languages. You might’ve heard of these. There’s a book by Gary Chapman, a website, and a whole lot of conversation out there in cyberland. If you don’t already know what these are, they’re basically (paraphrased): - Gifts - Acts of service - Words of affirmation - Quality time - Physical touch Now I know what you’re saying, right? All of these are good, and welcome. I’m totally with you there. They are. I will never be upset with anyone for any of these things. You’ve got my word on that! But still, some mean more than others, and that’s something which varies for each person. For example, while it’s lovely and deeply appreciated when people give me gifts or acts of service, and while I cherish (and save) those words of affirmation, what really speaks to me is quality time and physical touch. And yes, those are what’s been in super-short supply over the last few (f
1 comment
Read more 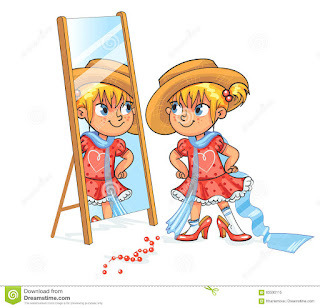 Hello blog world! I’ve missed you. I woke this morning with the mental reminder of two things: - Everything we do sets an example for someone else - Our unconscious behaviour is dictated by the examples around us – now, and in the past I see these as two equally important sides of a coin. One of the things we learn quickly as parents is that our children ape our behaviour. I come to this somewhat unpleasant realization when I needed a friend’s help to take my daughter to her dance lessons about 40km away. My friend and I shared a group of common friends, and she knew my daughter well. Or, at least she thought she did. After the long drive, they were waiting to make a left turn at a stoplight. The driver of the car in front of them was … well, let’s say a little tardy in taking advantage of wide-open opportunities to make the turn. It wasn’t even warm outside, but the story goes that my normally fairly quiet daughter opened the window and hollered “move it {insert rather creati
Post a Comment
Read more

When I was young, I knew what I wanted to be: a teacher, a psychologist, Prime Minister of Canada. Maybe a librarian. For me, all of these had one key thing in common, though, which really defined what – or who – I wanted to be. Someone who made a difference. Today, I get to be some of those things. I’m sometimes a teacher. I periodically feel like a psychologist. If you look at my office, you won’t doubt librarian. I’m not yet the Prime Minister, but I have a few good years left in me – you never know! But best of all is that I do get to make a difference. Today, that was via tiny squeaking voices. One of the things I really enjoy doing is acting as an occasional driver for a local rescue. It’s not difficult. I pick up cats and/or kittens (most often kittens) and drive them to the vet for what’s called a “spa day” – they get fixed, have their health checked out, and are made ready for their new lives in loving forever homes. Why is this awesome? - I start my day with tin
Post a Comment
Read more 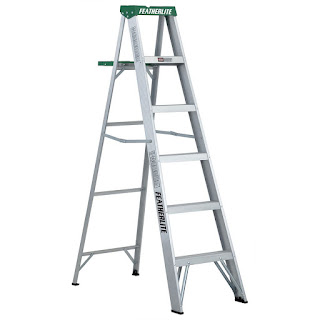 Have you ever had one of those serious “ah ha” moments?  While I’ve had a few, I would say that on a dramatic scale, September 28 th was far and above the winner in this. It started out like any other day – it completely changed me.   You see, I fell three steps from a ladder.   Doesn’t sound like much, does it?   Three steps, that’s barely a stumble.   But the people who say “it’s not the fall, it’s the landing – well, they’re right”.   It was definitely the landing that did me in.   One minute I was on the third step of a stepladder in a client’s house, peering into the attic.   The next thing I remember is being on the floor, and looking down at my right foot.   It wasn’t at the end of my leg where it was supposed to be.   It was beside my ankle.   Trust me, that’s not a good place for a foot to be, and as I looked at it, I started to realize that it hurt.   A lot.   I laid back down, bent my left knee, and put my right – sideways – foot on it.   Carefully, because even th
4 comments
Read more 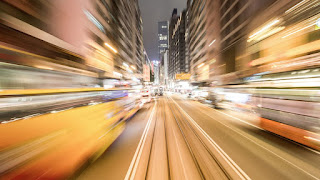 Do you ever notice that some things seem to bring out all the crazies?  No, I’m not talking about the political situation in the United States, my neighbour to the south.  I’m talking about the new year. Whether your perception of this is in September, with school, or in January, with the calendar, many people use this as a catalyst for change.   Or at least, an excuse to talk about it, as online assessments of new years resolutions measure their success between 8% and 20%.   Neither of these is a number I’d go looking for in any positive context! Catalysts for change are good, right?   After all, there are times where we all benefit from the metaphorical “kick in the pants”.   For me, that catalyst is often a move, but as most people don’t particularly enjoy settling into a new home the way I do, it may not be effective for everyone. So why change?   Well, the obvious answer is twofold.   First, it’s easy to get stuck in a rut. To find ourselves in a place that worked at one t
Post a Comment
Read more 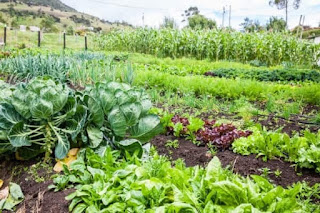 Gardeners know the importance of leaving space – without it, plants overcrowd, and even the strongest struggle to survive.  It’s such a focus that many go in and remove weaker plants for greater separation – to allow the most productive to be fruitful. Now, I’m not suggesting that “The Purge” is a good idea.   Supporting one another is an important aspect of what makes a productive and caring society.   But there’s credence to the concept of creating space.     Best of all, it’s something many of us already do on a regular basis? How? One plus we’ve seen in 2020 has been an increase in self-care – individuals taking time for their own well-being, whether that’s by way of a personal spa day at home, some extra reading time in your favourite chair, or whatever fills your soul.   Sometimes, it’s just taking time and not rushing. Many people create space for themselves by nesting.   While this is common (and certainly something in which I indulged) in pregnant women, there’s nothin
Post a Comment
Read more 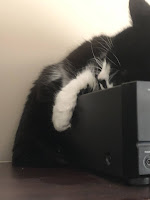 Have you ever noticed that we don’t always see what’s before us?     And while there are moments I’d very much like to know what’s in my future, there are times where I value my inability to do so.     Today is one of those days.  If you’re read What You See ( https://www.blogger.com/u/1/blog/post/edit/5043784668298294946/7306501480046648416?hl=en ,) you might remember Spot.     In January of 2004, I received a call from a friend from whom I’d adopted a tiny black kitten a few weeks before.  I’d been prepared to adopt both Sam – the tiny black kitten – and her black and white sister, but the sister had found another home.  Six weeks later – that January – change was needed.  The adult who’s adopted that sister – a parent of two young children – complained that this kitten was digging its nails into the children.  There was a reason – the children, about 4 and 6 years old – were treating the kitten as a toy, and throwing it at the wall.  Like a ball.  I was appalled.  (Yes, the rhyming
1 comment
Read more
More posts